Being a gamer and a parent can provide an excellent opportunity to enjoy time with your children in a new way.  There are many games available which can be an ideal way of introducing the rest of the family to strategic gaming. Some are more accessible than others, but you as a parent will still be able to enjoy all of them yourself, just as you will enjoy the vicarious pleasure derived from participating in something which your children find fun.
As well as identifying a few gateway games, this article should help to make you aware of some of the things which you might like to consider when deciding which games you might use to introduce the younger members of the family to strategic gaming.
Nobody knows your children better than you, so you should already have a good idea of what they might enjoy, but something worth considering is the type of game which serves as a good gateway. One of the first card games I introduced my children to was Munchkin. My children, both boys, loved the fun, slightly cheeky element of the game’s humour, even though some of the cultural references were lost on them (and let’s face it, in some Munchkin sets, the cultural references are lost on me, too). But it introduced them to the idea that a game of cards can be dependent upon the unique characteristics of the cards themselves, not just a common set of rules. 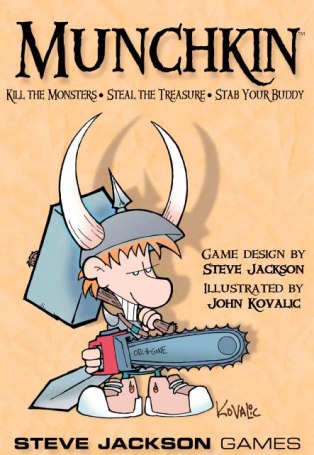 As my boys got a little older, however, I became conscious of the strong competitiveness which seemed to be sneaking in; it was time to pull out some of the other boxes from the shelves. Euro-style games provide an excellent means of accessing a more grown-up style of gaming, and they help to overcome the tendency to “gang-up” against one player if they look like they are winning. Games such as Ticket to Ride, Alhambra or Carcassonne shift the focus away from other players, and since the scoring is only revealed at the end, the focus tends to be on personal strategy. The beauty of such games is that they often require minimal explanation, leaving even younger players to develop ideas for themselves. Games such as these are considered “gateway” games, and are generally held in high regard as, for many of us, they were amongst the first strategic games which we experienced.
But what happens when you want to introduce the family to something a little more challenging? I’m not sure I would have wanted to leap from Carcassonne to Arkham Horror in one go. But there are a wide variety of games which introduce the idea of strategic playing in a more accessible fashion, and many of them have charming presentation which can stop the game from looking too dry. King of Tokyo is a perfect example of this; the dice rolling mechanic introduces a random element, whilst the game still demands a degree of thinking ahead. Similarly, you could look at the games you have previously been playing, and see if there are any expansions available which will add a new dimension to a game you already enjoy. 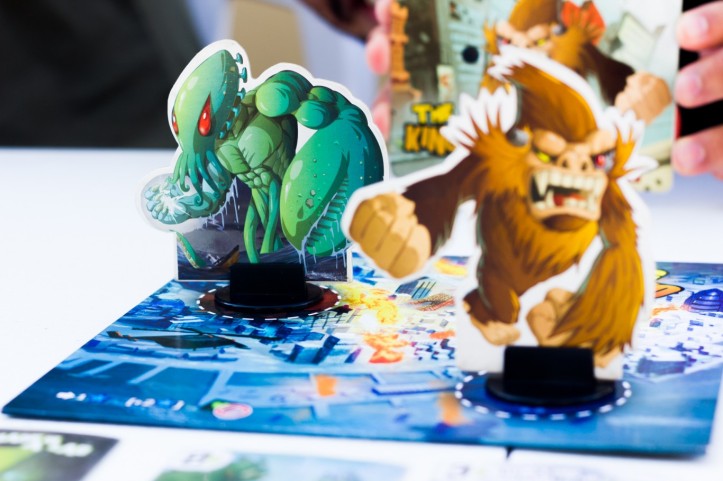 Depending on the way you and your family enjoy playing games, you may want to reduce or even avoid the competitive element in games, and there are a couple of very good solutions available. There are two very clear genres of game which could be considered, both of which can prove to be a lot of fun.
There are numerous deckbuilding games, and these can have a widely varied level of challenge. These are based around the idea of starting with a small collection of basic cards and each turn, you play cards in order to purchase additional, more powerful cards, which you then add to your deck. Each card has three properties – a cost, an in-game effect, and a victory point value. The game generally ends at a predetermined point, usually a trigger event, and players then total up the value of all of their cards. Dominion is perhaps the oldest, and certainly amongst the easiest to grasp. And as it has many expansions available, you can take advantage of the opportunity to expand the game, increase the complexity and extend the longevity.
You may prefer the collaborative nature of co-operative games, however. In co-op games, players team up to defeat the game – usually to complete an objective before a trigger event occurs. Co-op games usually scale up according to how many players there are, so don’t worry if you feel you may have too many, or too few in the family. Castle Panic is a good introduction to co-operative games, and it may also feel familiar in its tower-defence play style. The idea is to send out troops to defeat the marauding monsters which emerge from the woods (the edge of the board) to attack and ultimately demolish your castle at the centre. Players can work together to decide who has the best cards to deal with the monsters before they reach the castle. Pandemic (in which players work together to prevent the global spread of diseases) and Flash Point (you are a team of fire fighters, working to rescue people from a blaze before the building collapses) are also very good co-op games for family playing. One of the main considerations with co-op games is the Alpha Player risk – this is where one player dominates all of the decisions in a game. This can happen very easily in a scenario where there is only one adult (especially where they are instructing in playing the game), who might genuinely know how to defeat the challenge. Sometimes it pays to allow children to make bad decisions, so that you can discuss why it went wrong afterwards. See? Games can be fun and educational. 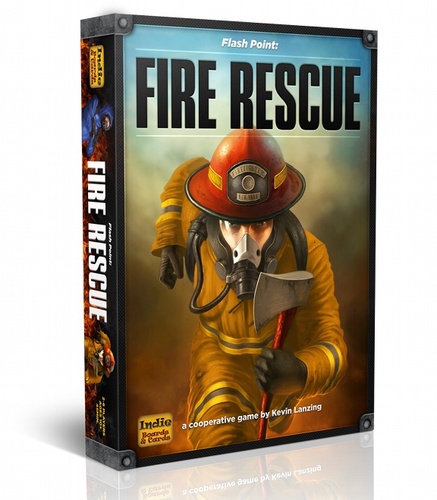 If you are a bit nervous about letting your children get their grubby hands on precious game cards (after all, some games can prove to be very expensive), there are a couple of alternatives to solve this issue as well. The most immediate one would be to sleeve your cards. There are many products out there, sleeves of different thicknesses, some with opaque coloured backs, some entirely transparent. However, it may be worth evaluating the cost – it may work out just as expensive to buy sufficient sleeves as it would to just replace the game if your cards become ruined. Another alternative is to try a different style of game. There are many games out there which use dice rolling as the principle mechanic, and let’s face it, it’s a lot harder to wreck a die than a card. There has been a recent trend amongst game developers to create alternative dice versions of already popular games. These also have the additional benefit of (usually) being less complex than their older card-based stablemates. Roll for the Galaxy is a good example of this – those friendly little coloured dice are a lot less intimidating that the cards in Race for the Galaxy. And even deckbuilders have had a dice-based alternative, in Quarriors.

I have only mentioned a few games in this article; in discussing the factors to consider when introducing games to the family, I have tried to give a few examples, but those I have mentioned are only the tip of the iceberg. I am sure you have your favourites, many of which I have probably overlooked here, just as I have overlooked many of my favourites. But the main thing is to have fun, and if you are a little wary of bringing games to the same table as your children, hopefully you can see that it is not as daunting a prospect as you may at first fear. Go on… let your family enjoy those big boxes, too!