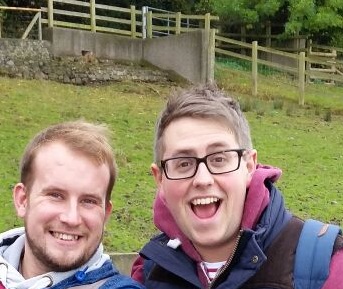 Alex and Ben have been playing modern board games for a couple of years but have been gamers for years.  From early Nintendo consoles through to the latest Xbox gaming has been an obsession for the both of them; however board games have become somewhat of a revolution in their lives.  They have been mates for over a decade and with their wives (!) holiday and game together lots. They are both vicars and running this site and the podcast is just a hobby and they love it!

I got into ‘proper board gaming’ at the start of 2015. The hobby accelerated at great speed and my wife has also joined the gaming revolution. I live in Cheltenham where I co-run The Board Room Tabletop Gaming Group. I first met Alex and Ben through an event they hosted on international tabletop day so they can be thanked/held accountable for my hobby/addiction! I do stand up and improv comedy.

A mid-forties father of two, I rejoined the boardgame renaissance a few years ago when I discovered that there was more to gaming than Talisman and Munchkin (which had been on my shelves since before my children were born). Nowadays, I love to get stuck into a nice chewy worker placement.

My name is Jon and I have been playing board games for about 3 years now as a hobby. Most of my gaming is done with my lovely wife who recently gave in and started playing games with me after realising I wasn’t playing monopoly, or cluedo, or part of some secret cult that meets until the small hours on a Friday night. Outside of gaming I’m a field studies teacher who loves the outdoors and all it has to offer. 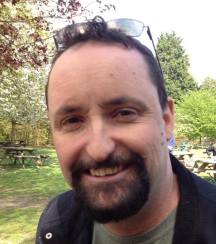 Games have always been something that I have enjoyed, but it is only in the last few years that I have become seriously passionate about them. My gaming likes are many and varied, and my collection of approximately 150 games is pretty eclectic. Outside of gaming I am a husband, a United Reformed Church minister, and have five pet ferrets.

I am a former teacher of ten years, freelance writer, and novelist. I writes for the Guardian and the TES, blogs at introvertedteacher.co.uk and tweets as @honeypisquared <https://twitter.com/honeypisquared